Additionally, paste this code immediately after the opening tag:

A large 1.6-metre valve that stops tidal waters getting into the stormwater network will help stop flooding in Porirua’s city centre during heavy rainfalls. Recently a WaStop valve was installed in the harbour outlet at the bottom of Semple Street and Porirua Mayor Nick Leggett says underground infrastructure is a major focus for council’s attempts to prevent flooding.

“This is a response to the flooding issues we sometimes face in Porirua. The city centre is low-lying and we need to ensure in heavy rainfall events that high tides encroaching up into the stormwater network don’t cause additional problems.” Porirua was the first council in New Zealand to test the WaStop valves, which are a Scandinavian design. Wa in Swedish means water. The council’s water services engineer Desmond Scrimgeour says the valve stops tidal flows entering the drains through the use of a cone-shaped rubber membrane. “Porirua City Council has led the way in using this technology and a number of other local authorities who have heard about it, have come to see how well they work, and are now using them in their own districts.” Mr Scrimgeour says there are a number of useful applications for the WaStops, but Porirua at present is only installing them at high-impact lowlying harbour outlets within the city’s stormwater network.

“Porirua City has more than 70 stormwater outlets into the harbour and during the past 18 months we have installed 15 WaStop valves to stop the encroachment of tidal waters that take up vital network capacity. “Not only have they given us a large gain in available capacity but we have also saved a lot of money by not having to undertake the upgrade of large amounts of infrastructure to obtain the same results. It’s an effective and innovative alternative to the huge costs of building new infrastructure.” Porirua has a number of outlets that are very flat on their approach to the harbour, which generally means they are severely influenced by high tide.

“The problem with the outlets is that if a rainfall event coincides with a high tide, the ability of the stormwater network to discharge is severely restricted,” Mr Scrimgeour says. “This will also serve the city well into the future, helping to combat predicted sea level rises.”

This creates a build up of water levels within the network and can restrict flow into the system from private properties, leading to localised flooding or ponding. During a storm event, the WaStop operates when the flow begins to build up behind it at the outlet – it takes very little head to open the WaStop, allowing normal discharge into the harbour as the flow recedes within the network. The pressure and head reduce, the WaStop then adjusts and closes once again, stopping infiltration or back flow. 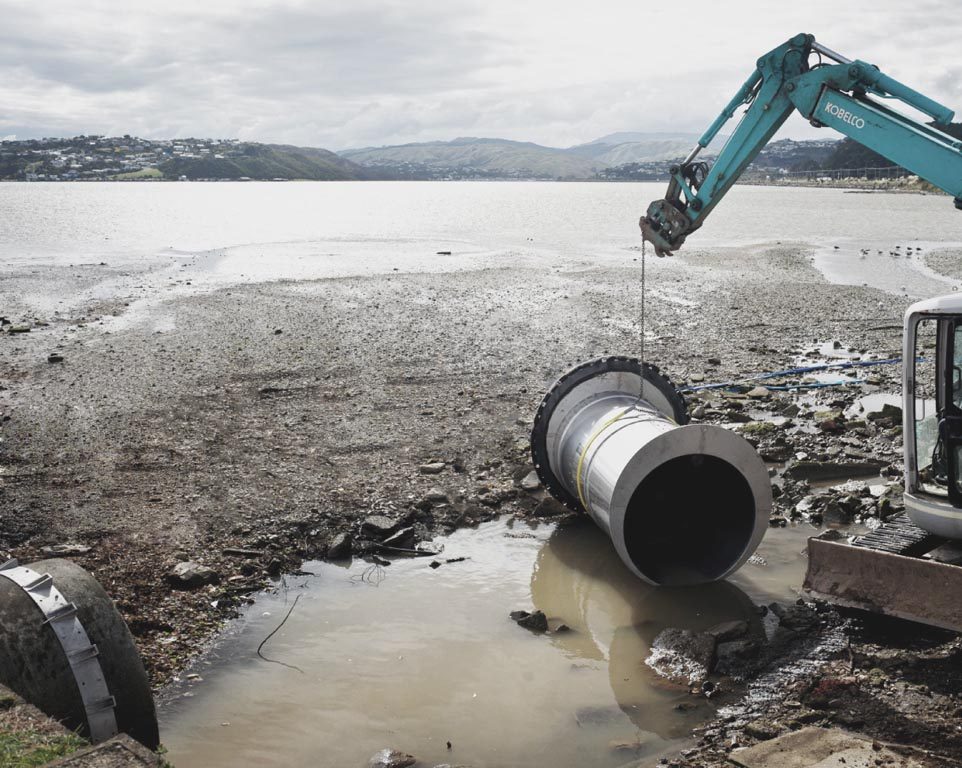 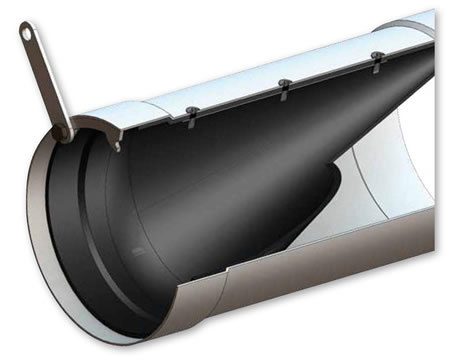 About The Hygrade Team